Calls may be recorded

Calls may be recorded 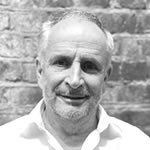 Peter founded RHR in 1988, having had a successful career in retail management with Russell and Bromley and then in executive search with Macmillan Davis.  The business started as a sole trader and became a partnership in 1992 with Gary Heather and Mark Flesch.  RHR was incorporated in 1999 as a plc.  Despite being a plc, RHR remains a privately-owned company.

In 1997 Peter, with his wife Lynn, launched a trade journal for recruiters in the retail industry — The Appointment, which proved enormously successful.  In 2001 they launched a job board, Inretail.co.uk, which was equally successful.  In 2006, The Daily Mail General Trust acquired both Inretail and The Appointment and retained the entire team, appointing Peter as the Managing Director.  From then Peter’s role in RHR became part time, looking after HR, legal and advertising for the company, with Mark Flesch and Gary Heather jointly running RHR.

In 2011, Peter managed RHR’s acquisition of Fashion and Retail Personnel; a highly respected competitor of RHR which complements the RHR business well.

In 2013 DMGT decided to move out of the recruitment market and sold all its online recruitment assets, including The Appointment and Inretail.  At this time, Peter took a six month sabbatical before assisting the original team from The Appointment setting up a new media business called The Retail Appointment with an associated job board.  This job board is now the most successful job board in the niche retail sector and Peter has worked on innovative new initiatives to take on board the developments in technology.  In 2014, no longer having the responsibility for one of DMGT’s businesses, Peter enrolled at the Open University where he studied Law.  He graduated in late 2017.

Remaining part time, Peter’s main focus in the business is now the development of a recruitment advertising agency.  The team is now in place and the business has won some very high profile clients.  The advertising agency is currently based in Oxford Circus but the plan is to move it to Farringdon as soon as offices can be found.

Peter remains a part time board member of RHR and deals with all property issues and contracts, whilst maintaining relationships with many of RHR’s clients, many of whom have worked continuously with the company since its launch.  He is also involved in building a Spanish business based out of Barcelona, with Adam Tomkinson.

Peter and his wife split their time between residences in London and Majorca.  He describes his principle hobbies as learning Spanish and travelling.

If you're in the job market, it can be a worrying time with the turmoil caused by the pandemic. You should be registering with consultants you can trust. We can't guarantee our ability to help you, but we can guarantee to safeguard your details. If we get in touch with you it's because there's a role we need to discuss. If we don't, then we'll keep your details live pending future positions.

RHR has specialist teams in most sectors, from manufacturing to hospitality and from public sector through to retail. We recruit managers and professionals in a wide range of functions, specifically, general management, digital marketing, HR, finance, procurement and supply chain. We have traded for over 30 years and have an enviable reputation for delivery, honesty and integrity.